You are here: Home / News / Art and beer the perfect brew for Richard

Art and beer the perfect brew for Richard 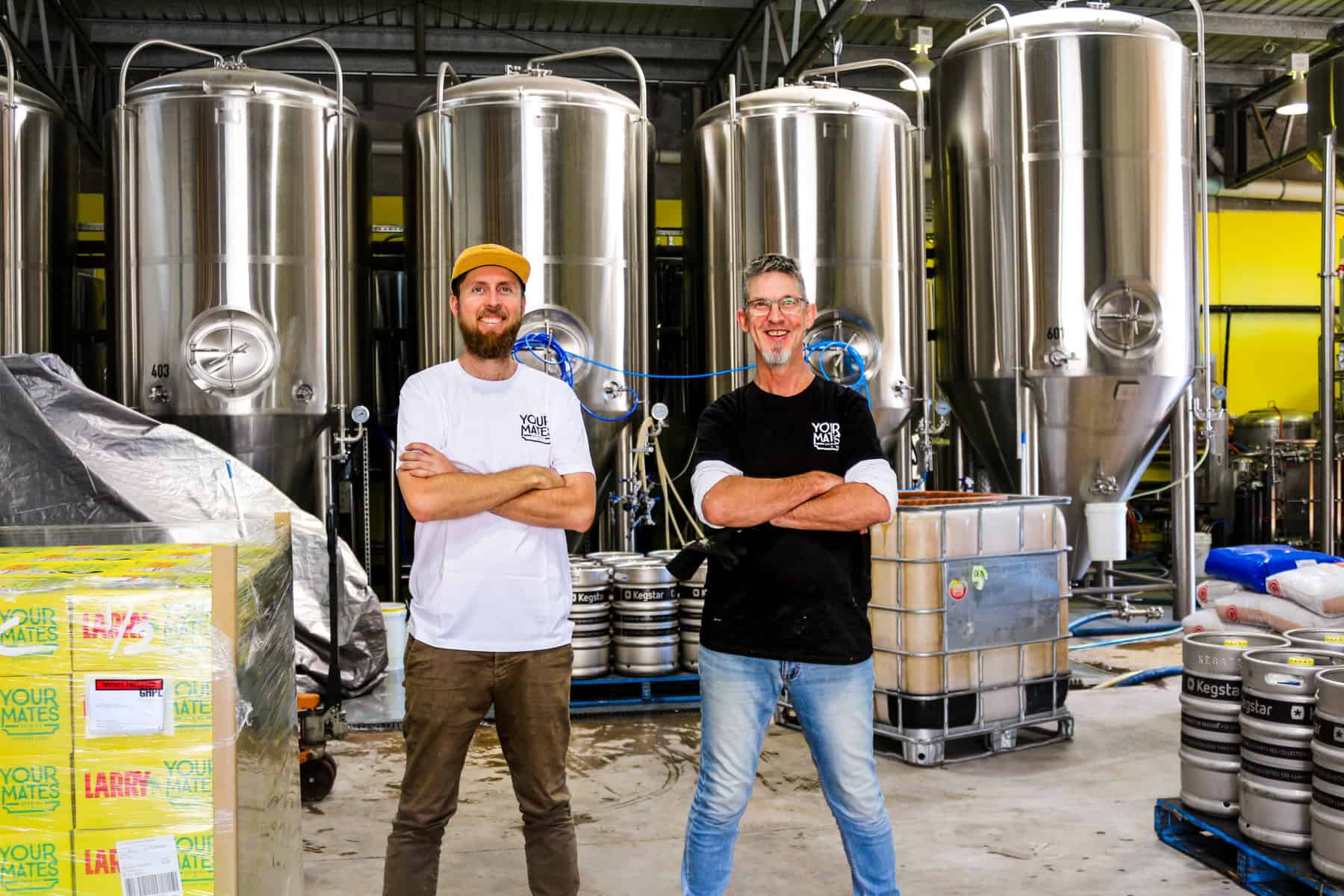 Mateship, Sustainability and Inclusiveness. Head of Production at Your Mates Brewing Company Christen McGarry explains the Your Mates vision.

“We always wanted to make sure that anyone who was coming into the team felt like they were coming into a group of mates. Inclusiveness runs straight on from that,” Christen said.

“We have an open-door policy for both the people we employ, and the customers we serve.”

Your Mates is a company built around the friendship of Christen and his business partner, Matt. The business started in a shed at Moffatt Beach in Caloundra on the Sunshine Coast in 2014 and has grown exponentially from there.

Their custom-built brew house in the Kawana industrial area opened at the end of 2018.

Christen heard about EPIC Assist (EPIC) through Brouhaha in Maleny, another brewery on the Sunshine Coast that EPIC has found employees for. Both breweries are part of the Food and Agribusiness Network (FAN). FAN and EPIC formed a partnership in 2019 based on shared values of collaboration and inclusion.

Christen was looking for extra hands for the continually growing packaging side of the business and connected with EPIC to help fulfil the role.

Richard, an artist with an obvious sense of humour, fit the bill and started work in November 2019.

“I glue together all the boxes for the Larry’s and the Sally’s – all the beer that goes out. All the boxes have my DNA on them,” he laughs.

His role also includes canning, stacking, warehouse duties, and anything else required to get the job done in a brewery.

Richard describes the work environment as a bunch of mates, making beer, having a good time, making it happen, and at the end of the day, having a couple of beers and a laugh together.

His life has changed in lots of ways since starting his role.

“My home relationship has changed enormously. The stability of an ongoing income is very important. My mental wellness is positively affected by the consistency of work,” Richard said.

“It’s also about the socialisation. A group of people that you work with become more than colleagues, they become your mates, which is what Your Mates is all about.”

When Richard isn’t working, he’s in his home studio, painting.

“I made it a mandate many years ago to draw between 10 minutes and 10 hours every day,” Richard said.

Whether it’s sharpening pencils, or working on a larger piece of art, Richard dedicates time every day to his creative outlet.

“It provides a lot of solace and respite. It’s the only place in the world where I can truly choose what I’m going to do,” Richard said.

“Life tends to happen around you, but in the studio, I can make it happen.”

Your Mates recognised Richard’s artistic talents and have enlisted him to create a mural as part of the children’s playground/alfresco dining area.

Two of his paintings, a textured landscape of Mooloolaba Beach, and a portrait of a house with a detailed garden, are hung proudly on the walls of the restaurant.

“We found out he’s a talented artist so he’s been helping with the painting of the front of house venue. He’s packed a big punch,” Christen said.

Consistency and the ability to keep a regular routine are important aspects of employment for Richard.

“A lot of wellness comes from having a job. It effects your self-esteem because you feel worthy for being able to contribute,” Richard said.

“Without me making the boxes, Your Mates can’t get their beer out into the shops.”

Christen said it’s been great to watch Richard progress and be part of the team at Your Mates.

“It’s amazing how you don’t think something like packaging materials is important to a business, but it’s crucial for our business,” Christen said.

“Richard’s really taken ownership of the boxes and making sure that they are presented perfectly, which is really important in the job he has. It’s one of the advantages Richard has brought to the role.”

Richard said it’s important to get over any initial fear or stigma reaction you may have about connecting with a disability employment service.

“You have to learn to cope with it. To have somebody out there like EPIC act as a representative for you, it’s a good thing,” Richard said.

“If you have the right attitude, a place like EPIC can help because they can act as a go between with you and the employer and facilitate outcomes. I guess I’m a success story!”

Christen explains the barriers that employers may see to hiring a person with disability or a mental health condition.

“People think that if they’re hiring a person with disability that it’s going to cost them more, or it’s going to take more energy or training to ensure that they’re able to do their job but we’ve found the opposite with Richard,” Christen said.

“He’s fit in really well and has taken on the role and really excelled at it.”

EPIC provides ongoing support to both the employee and employer once employment has commenced. This support, along with matching the right person to the right role, ensures long-term employment outcomes.

“Working with EPIC has been great. They’ve supported Richard through the initial phases, without micromanaging him. They’ve allowed Richard to feel like he’s in control and he can manage his role,” Christen said.

“EPIC has also been there for us through the process, making sure that we understand how we can best work with Richard.”

Christen thinks it’s important for everyone in society to find meaningful employment.

“One of the reasons Matt and I started this company is because we understand that you spend the majority of your week at work, so you better be doing something you really enjoy, and something that is really meaningful to yourself, too,” Christen said.

“Without meaningful employment, people can get quite lost. It’s so important for everyone to have a fair go.”

If your business could benefit from hiring a person like Richard, get in touch with EPIC today.