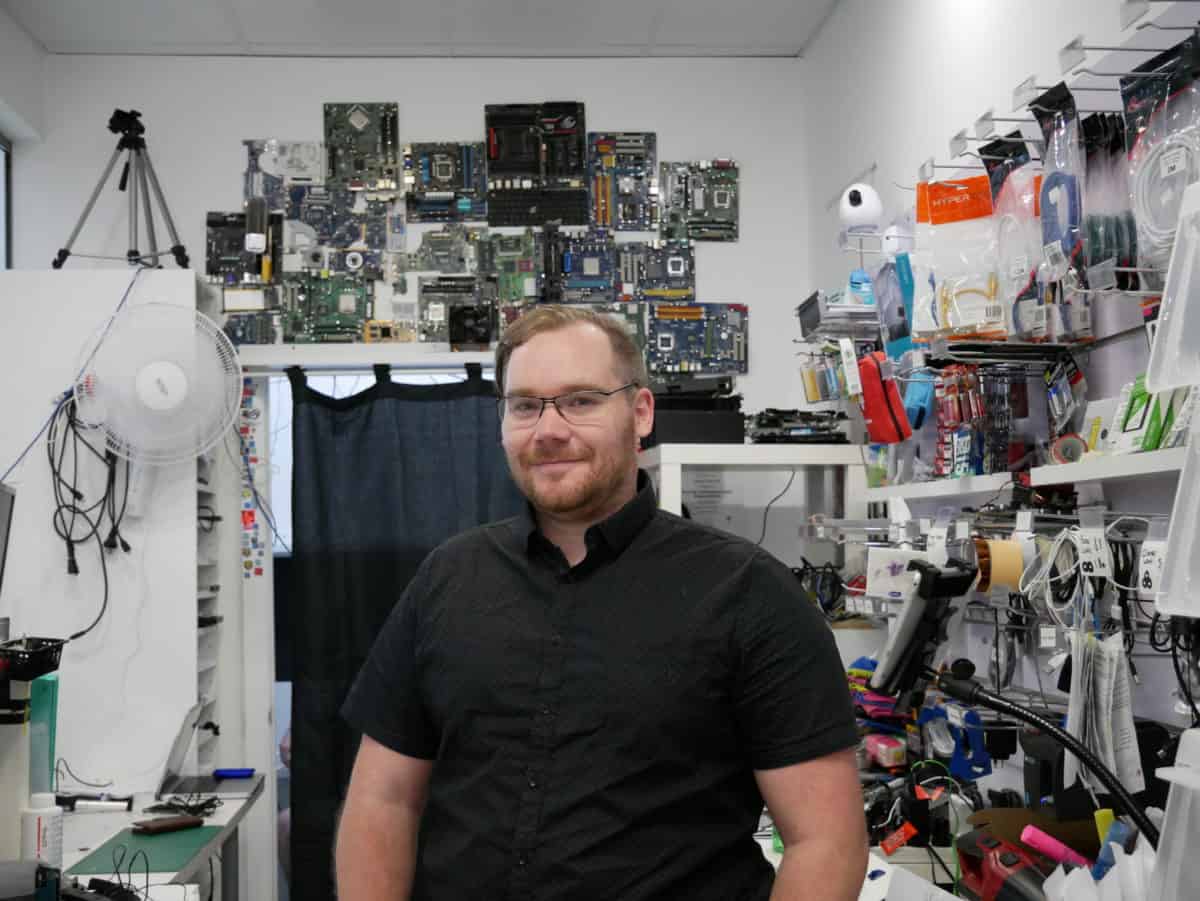 FTC computers began hiring last year for a computer guru who was also skilled in accounting and administration. Owner Steve, having no luck with traditional pathways, found the perfect candidate when he was contacted by Business Development Manager Roy from EPIC Assist.

Roy had been working with Bill, who has an acquired brain injury, to help him gain employment which matched his aspirations. Bill’s background was in accounting and administration, but he wanted to explore his passion for computers. Bill began working with FTC Computers when offered the role last September after a great interview.

“Roy came to me and said he had a person really interested in computers, who would be perfect,” says Steve.

“Bill is really interested in being involved with the administration and accounting work. I hate doing that stuff, so it works out really well.”

“I worked with Bill for his first couple of shifts to make sure he was comfortable. Bill already knew how to do it all, which was great,” he says.

Steve remained open-minded about hiring someone with disability, and treated Bill as he would any other prospective employee.

“Bill’s very good and very well spoken, just like any other employee. He was the standout during our interviewing process and the right person for the job,” says Steve.

“Bill is a really nice guy. We all get along and have a good bit of banter.”

“I am more focused on computers and Bill has a skill set which consists of things I definitely don’t have, like accounting,” he says.

Steve says when you recruit for a position, it is essential you get the right person for the job. To get the right person, you must have access to a variety of candidates. Traditional recruitment circles do not include candidates like Bill, even though his skills matched the position description perfectly. There are additional business benefits to consider.

“I wasn’t aware that EPIC existed before Roy came to speak with me, and I think a lot of other businesses aren’t aware of the help EPIC can provide,” said Steve.

“I would definitely encourage other businesses to contact EPIC. It’s worked out well for us, I don’t think I would have found someone like Bill otherwise.”