1 in 70 Australians has autism, and only 40% are employed 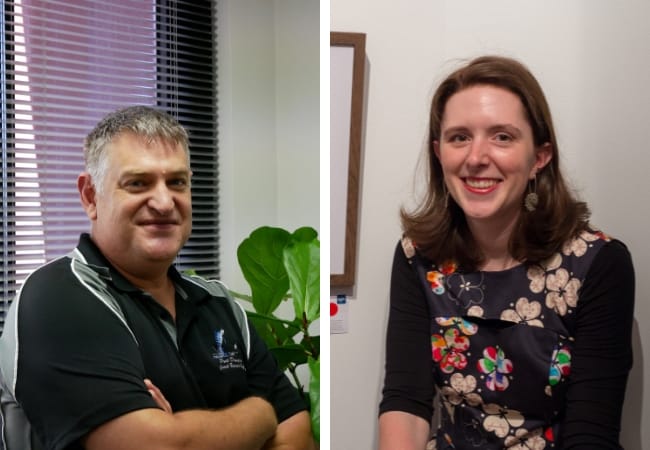 We’re celebrating World Autism Awareness Month throughout April! Every day at EPIC Assist (EPIC), we support people with autism that are working hard to get prepared for the workforce. 1 in 5 of our job seekers is on the autism spectrum, and we love being part of their journey in overcoming challenges and reaching their employment goals.

Autism in Australia: a snapshot

While most people know someone on the autism spectrum, it’s not clear to everyone what autism actually is. Autism Spectrum Australia describes autism (technically called autism spectrum disorder) as a lifelong developmental disability characterised by difficulties in social interaction, impaired communication, restricted and repetitive interests and behaviours, and sensory sensitivities. 4 out of 5 people diagnosed with autism are male.

Until last year, it was generally accepted that approximately 1 in 100 people in Australia are on the autism spectrum. But that number is now considered to be closer to 1 in 70, with a broadening of autism criteria and improvements in identifying autism said to be behind the change.

Autism and the workplace

While people on the autism spectrum often face inherent challenges associated with communication and social interaction, these issues can be compounded by unsupportive colleagues and environments.

How do we turns these stats around?

Having only 40% of people with autism (of working age) employed in Australia is unacceptable. Everyone has a role to play in creating workplaces that are welcoming and productive for people on the autism spectrum.

With the right tools and support, people with autism have just as much chance of achieving meaningful, sustainable work as anyone else. 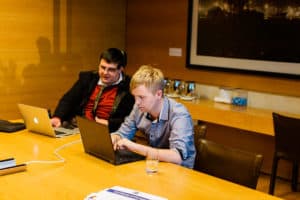 Every person has strengths and weaknesses. Unfortunately when someone has disability, the default position is often to focus on what that person can’t do. Imagine how things could change if we flipped that script, discovering what the person liked and was good at, and focusing on how they can bring that to fruition in the workplace.

Ask the person what they need

People with autism are experts in their own needs. In a workplace, they will be able to tell you what aspects of the workplace they struggle with, and what they need to do their job. All you need to do is ask, and help them come up with a viable solution.

If you have this conversation as early as possible in the person’s employment, there will be far less chance that things will go wrong, as the person will have the necessary tools and adjustments in place from the very beginning. You will also be creating a safe environment, where the person feels that they can communicate their needs and be heard.

Give the person what they need

Once you’ve identified the tools and/or workplace adjustments the person with autism needs, you can go about implementing them. The Australian Government’s Employment Assistance Fund can help cover the costs of workplace modifications and tools that help people with disability thrive at work. EPIC Assist will arrange the logistics of getting the necessary adjustments and tools into your workplace.

Thoughts from people with autism

As the theme for this year’s World Autism Awareness Month is ‘Assistive technology, active participation’, we thought it would be great to share Peter’s story with you. Peter has been working at Australian Taxation Office (ATO) but found himself becoming distracted by office noise. But his noise-cancelling headphones have turned everything around.

“I just wanted to write and say thank you for the noise cancelling headphones- they are simply amazing and have been transformational.

My desk was moved temporarily to a busy corridor, closer to two large conference rooms and a break out/lunch room. The large quantity of noisy foot traffic was greatly affecting me. It was distracting and saw my productivity decrease.

Since receiving the headphones, my world has been turned upside down – night into day, if you will. While I wear my headphones, I am in my own little ‘bubble’ and I am able to focus on my tasks without interruption. I have put signs on my desk that say I may not hear people if they attempt to speak with me. These signs have also has an added bonus of greatly improving my general wellbeing as I’m also asking people to attract my attention from the front (and not by touching!).”

Our job seeker Steph has been working with EPIC Assist for almost a year. It’s not been all smooth sailing, but Steph has come a long way and is feeling more positive about her future.

“Being on the Autism Spectrum has affected my whole life in a variety of ways, but during adulthood, it has had a significant impact on my ability to find long-term employment that fits my strengths and qualifications.

I obtained a Bachelor in Creative Writing and an Advanced Diploma of Graphic Design on the Sunshine Coast, but job openings were scarce and successful applicants were expected to have prior experience, or managed to obtain the position through networking. After unsuccessfully applying for jobs for several months I was an anxious and depressed mess. I felt that I had been overlooked by the employers, that my work wasn’t as good as my peers from TAFE, and that there didn’t seem to be a place for me in the workforce. A few months later, I was luckily referred to an excellent psychologist who helped me deal with this negative thinking.”