You are here: Home / Job seeker testimonials / “My colleagues can see I’m a good guy, and I work hard. I’m reliable and come in on a daily basis.” – Tim.

“My colleagues can see I’m a good guy, and I work hard. I’m reliable and come in on a daily basis.” – Tim. 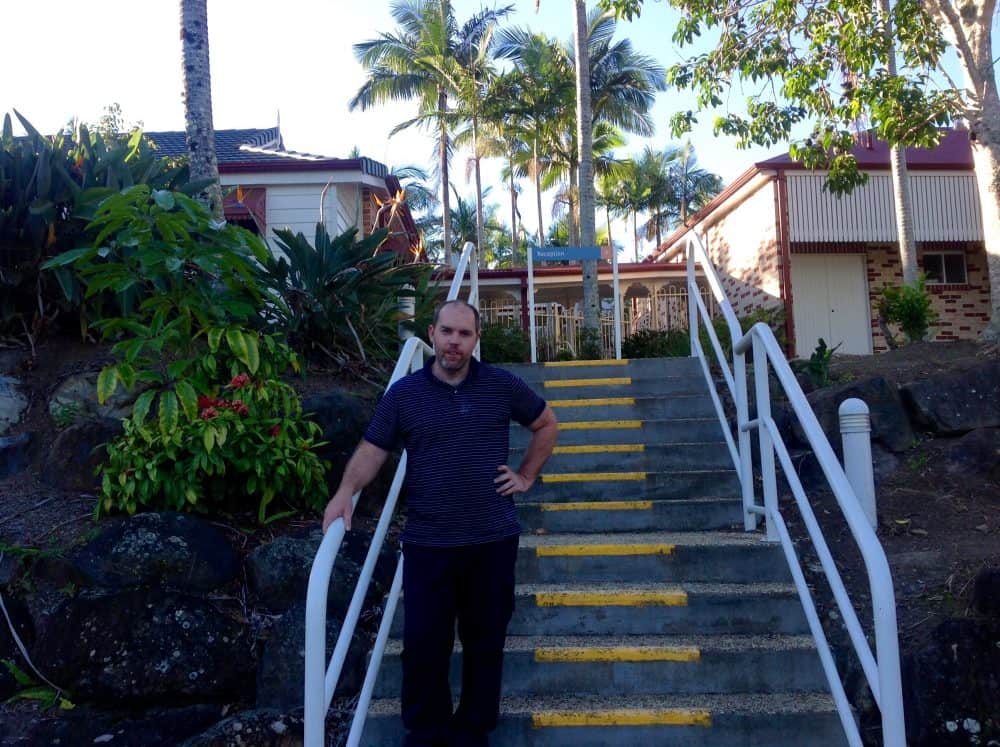 Tim has beaten the odds and is on his way to starting a career as a Registered Nurse.

In February 2015, Tim was in a car accident which caused brain damage affecting his short-term memory. He underwent three months of rehabilitation in hospital and was excited to be able to start working again while still in recovery stages.

“I’m still in the recovery process, and I’m employed. I’m absolutely amazed. My colleagues can see I’m a good guy, and I work hard. I’m reliable and come in on a daily basis,” Tim said.

Tim successfully gained employment as a Casual Assistant in Nursing in February 2016, a role he was pursuing before his accident last year.

Tim’s journey back into health care has been a long one. The doctors at the time of his accident told his family to prepare for the worst. They gave him two weeks to live and stated that if he did survive he would likely be paraplegic or quadriplegic. Tim’s close friends told him not to give up because they could see how quickly his body was healing.

“I wasn’t aware and can’t remember what the doctors said, but one friend says he told me ‘don’t believe what they say’, because he could see that abrasions I had were there one day, and gone the next. They could see the continual improvement,” Tim said.

It was during his hospital rehabilitation that he met the Registered Nurse (RN) who inspired him to work towards a return to healthcare, and training to become an RN. “The RN [in the hospital] told me he was 55 when he completed his training. He told me ‘you’re never too old to study’,” Tim said.

Tim spent over 20 years working in landscaping before he decided to change his life by switching his career to health care. His first job after his accident was a return to landscaping. The encouragement and positivity he received from his landscaping colleagues reassured him of his capabilities and drove him to pursue his goal to become an RN.

“Everyone I worked with said ‘you’re confident, and you can do it,’ which encouraged me to back to nursing. I was encouraged that I can achieve it. I have some short term memory difficulties, but now I’m in a process that will result in further education,” Tim said.

Until recently, Tim was riding his bike almost 7km and catching the train to work each way. As part of his recovery process, our team assisted Tim to regain his driver’s license early this year, and more recently since employment, helped him apply for a car loan which he was successful in gaining approval for, purchasing a car this month.

EPIC Employment Consultant, Rachel Fankhauser said: “Given that it has been just over a year since Tim’s accident and he has spent three months in hospital, it is wonderful to see him making progress.”

“Rachel is fantastic. She’s a real person, down to Earth. I’m very grateful to her and EPIC,” Tim said.