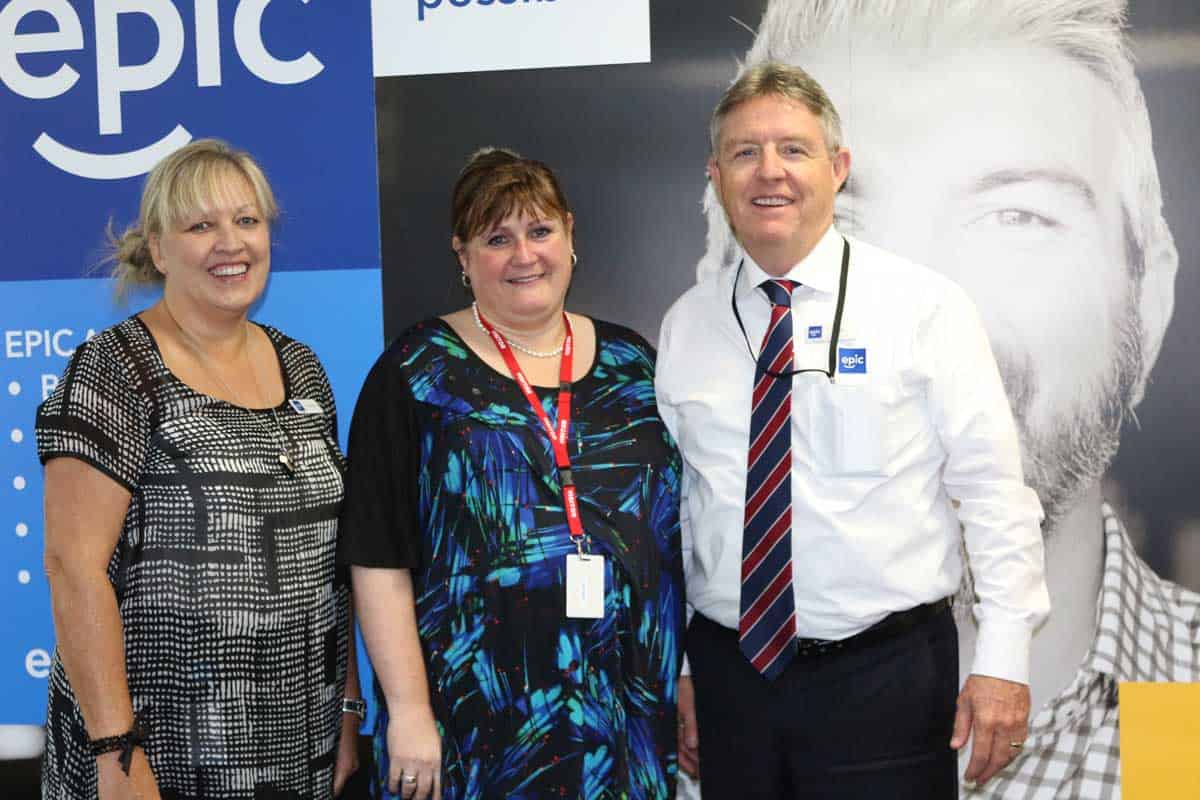 EPIC Assist (EPIC) is delighted to announce a game-changing new partnership with Mental Health at Work (mh@work), a consultancy aimed at improving wellbeing and productivity of people and workplaces.

mh@work was born 16 years ago when founder Ingrid Ozols identified a prevalence of mental health issues in the workplace, but found no resources available to help those that needed them most.

“I’ve always been someone that people came to with deeply personal information, and the further involved in HR I became, the more time I spent listening to people’s problems,” said Ingrid.

“I was required to speak to people about performance issues at work, but my gut was saying, ‘there seems to be more of an issue here.’ Their work performance was being impacted, but it was because of these other health issues.”

“All my life I’ve been living, loving and working with many people touched by mental illness. My late mother lived her life, especially during my childhood, in and out of psych hospitals,” said Ingrid.

“I was her carer from a young age, but we never talked about it. All I knew was she had ‘bad nerves’ and we had to walk on eggshells around her.”

In addition to her childhood being shaped by mental illness, Ingrid lives with a mental health condition herself.

“I was diagnosed with a mental illness which first showed up when I was 7 or 8. I’ve had thoughts of suicide, and did in fact try to kill myself several times when I was 18 or 19,” said Ingrid.

“As I went through university, having Bipolar Disorder was really, really difficult. I didn’t know what I was dealing with; I just thought I was weird.”

“As my working life started, I began to see that this was quite common and a lot of people experience all sorts of mental illness, but we never talked about it and never knew what to do with it.”

In the years that followed, Ingrid became committed to ensuring others didn’t feel so alone. She was intent on making change, taking on leadership roles on boards and committees including Mental Health Foundation of Australia, RANZP Supported Decision Making Committee and Wild at Heart. Ingrid also undertook extensive public consultation and established Blue Voices, Beyond Blue’s consumer and carer lived experience arm.

Through it all, she knew where her knowledge would be best placed, based on her own experience.

“I took a lot of what I learnt back to the workplace because I knew that was where they needed the help, because of what I’d experienced,” said Ingrid.

“When I went looking for help to get skills, there was nothing out there. I knew I needed it and was sure a whole lot of other HR managers needed it too.”

Ingrid is pleased to be teaming up with EPIC, to make an even greater impact in workplaces.

“This partnership will bring together disability, mental health and suicide prevention, because we know a lot of people who have a disability also experience mental health issues,” said Ingrid.

“We are human and there is that overlap. We’re not one or the other, we’re both.”

While awareness has grown and improved around mental health issues in recent years, there’s still much work to be done, and Ingrid is a vital driving force in this space.

Her many outstanding contributions were recognised last year when she was named a Top 4 finalist for 2016 Australian Human Rights Commission’s Human Rights Medal.

“There’s been a lot of awareness but now we need to take it to the next level,” said Ingrid.

“Through this partnership, we can actually make a difference to a lot of people’s lives, to help them get employed and stay employed.”

Ingrid says reluctance for employees to disclose mental health issues is still widespread, and this secrecy has a detrimental impact not just on individuals, but organisations more broadly.

“Most employers and workplaces have already got a lot of people with these challenges, but they may not be aware of it because there’s still a real reluctance to disclose,” said Ingrid.

“People are afraid to say ‘look, I have this vulnerability or that one,’ because they’re scared they might lose their job, or be managed out of their job, or ignored.”

Through this partnership, EPIC and mh@work will be educating employers and tackling tough issues to empowering people to make change in their organisations.

“We want to support employers to be brave and employ people with mental health challenges and disabilities, and not fear doing this. Because at the moment, there’s still a hell of a lot of stigma, and that’s just making things worse,” said Ingrid.

“We need to enable all employers to have conversations that are uncomfortable, but that they have some confidence in having.”

“Our goal is to change the culture of workplaces; to create organisations where it’s safe, it’s supportive and it’s OK to not always be OK.”