You are here: Home / Job seeker testimonials / Kevin cleans up with Disability Matters

Kevin cleans up with Disability Matters 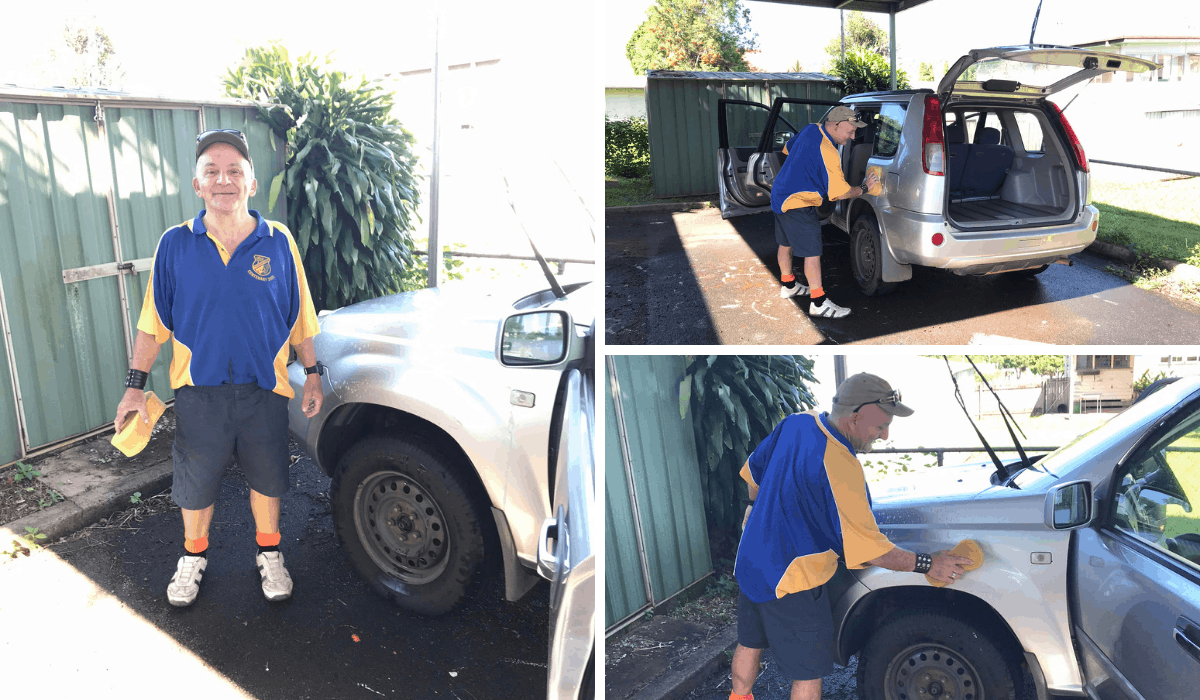 When EPIC recently awarded a community grant to Atherton-based charity Disability Matters, we were delighted to find one of our participants was already working there! Kevin has been cleaning the Disability Matters cars since 2015, working every Monday and Tuesday morning.

Manager Kirsty says Kevin has become a highly valued and appreciated member of the team over the years.

“Kevin does a great job with the vehicles, and is proactive in doing other odd jobs when he has time available,” says Kirsty.

“We’ve seen many changes in Kevin since he started here. He has learnt to adapt to changes, particularly when they affect his work environment and schedule.”

“Kevin is required to clean 2 to 3 cars, interior and exterior, during a 4 hour timeframe,” explains Rhianna.

“When I started supporting Kevin in 2016, he was hurrying through his tasks a little too quickly and not achieving the standards that were expected.

“To work through this issue, we sat down, agreed on a checklist that listed all his interior and exterior tasks, and decided the order to carry out each task, and how long each task should take,” she says.

In no time at all, Kevin had turned things around.

“After a few weeks of following the list, Kevin’s timing, accuracy and attention for detail improved,” says Rhianna.

“We would look at the checklist every couple of weeks, and make changes if Kevin had any suggestions of how to improve things.”

These days, Kevin no longer requires his checklist. Rhianna is impressed with his willingness to learn and improve, while never losing his sunny disposition.

“Kevin’s has maintained his work ethic to the point that his employer is now completely confident in his ability to pace himself and work around any potential obstacles that might interrupt his routine,” says Rhianna.

“Kevin’s a great guy- he is very patient, positive, takes constructive feedback well and is always friendly. He says hello to everyone that goes past while washing the cars.”