You are here: Home / News / Jonathon finds his job satisfaction at Eagers 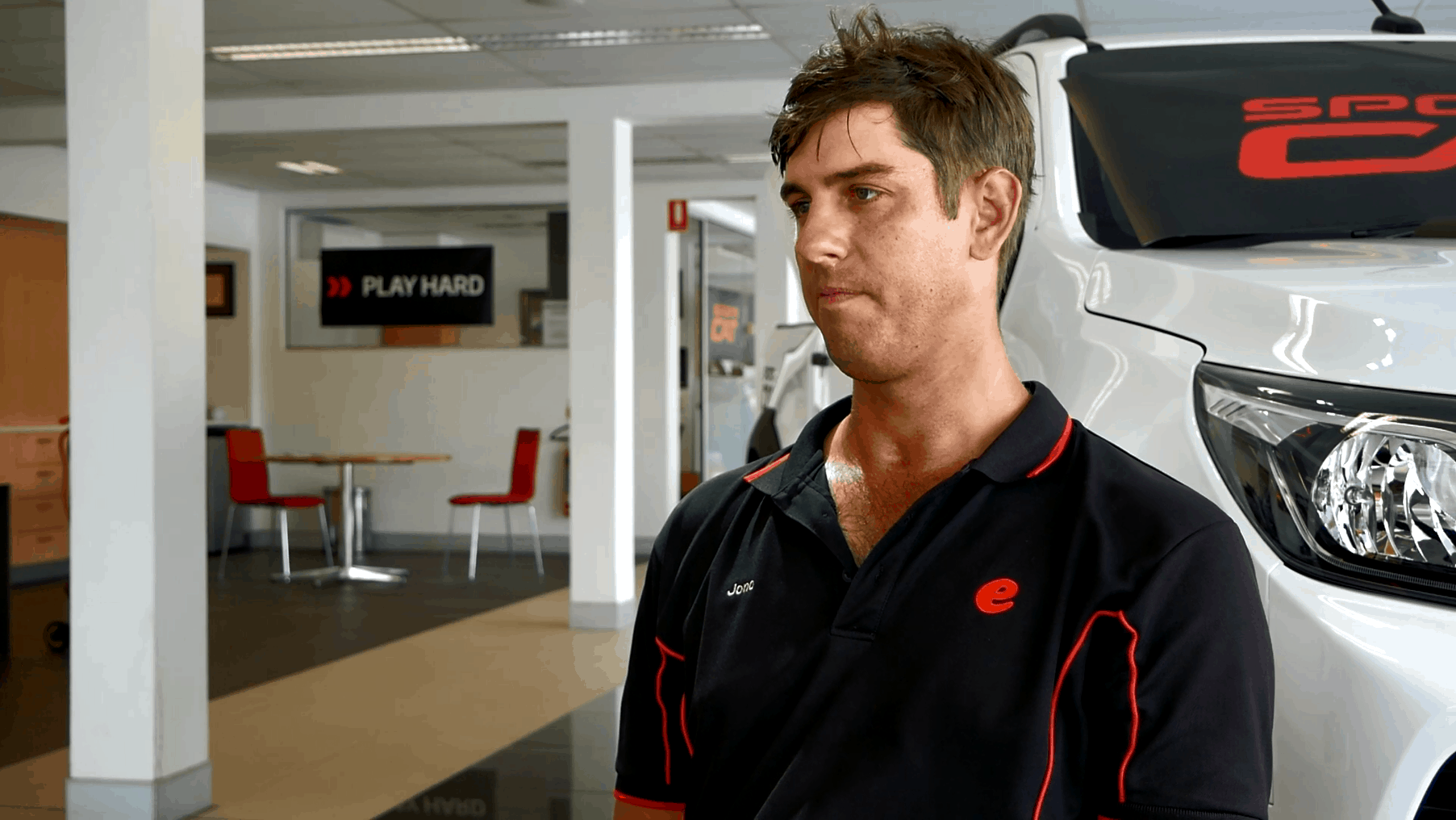 Throughout life, everyone finds themselves searching for job satisfaction. Some people find something that makes them proud; others work tirelessly to get there.

Jonathon’s been cleaning cars at Eagers Holden and Kia for about a year, and still gets a kick out of a job well done.

“I clean the cars out the front that people see as they drive by,” says Jonathon.

Jonathon has faced his own challenges in life. After suffering a head injury, he jumped between different jobs at car yards before EPIC Assist (EPIC) helped him land his position at Eagers.

“I had worked at other car places, which was the same sort of thing but a different attitude and it’s much better here,” says Jonathon.

“Because I’ve had a head injury, there are a lot of people who are very standoffish.”

For Jonathon, EPIC has been a stepping stone to help him cross this threshold and find a workplace with the right attitude and culture.

“EPIC is like a professional face to come and say, ‘Hey,’ so it’s not so scary,” says Jonathon.

“Having that middle man there is a good little bridge to close that divide that some people think they just can’t get over. They can be an explanation or an understanding.”

Eagers has now employed two job seekers from EPIC and they’ve had a fantastic experience with both. Luke, the Used Car Manager for Eagers Holden and Kia, says that it has been incredible to see the amount of pride and pure enthusiasm that Jonathon brings to his work every day.

“Jono’s a character. He’s very loud, very funny, loves to have a joke. But most of all he can do the job,” says Luke.

Luke hopes that more employers will give people with disability a chance. He says that if he is ever looking for more staff, he has EPIC’s number ready to go on his phone.

“For the job of cleaning a yard, it’s very hard to get someone, and someone who will turn up every day,” says Luke.

“You’re better off giving them a shot. You might get someone who can do the job better, shows up, and is keen and wants to do the job.”