You are here: Home / Job seeker testimonials / Jessica stands out from the pack to gain meaningful employment

Jessica stands out from the pack to gain meaningful employment 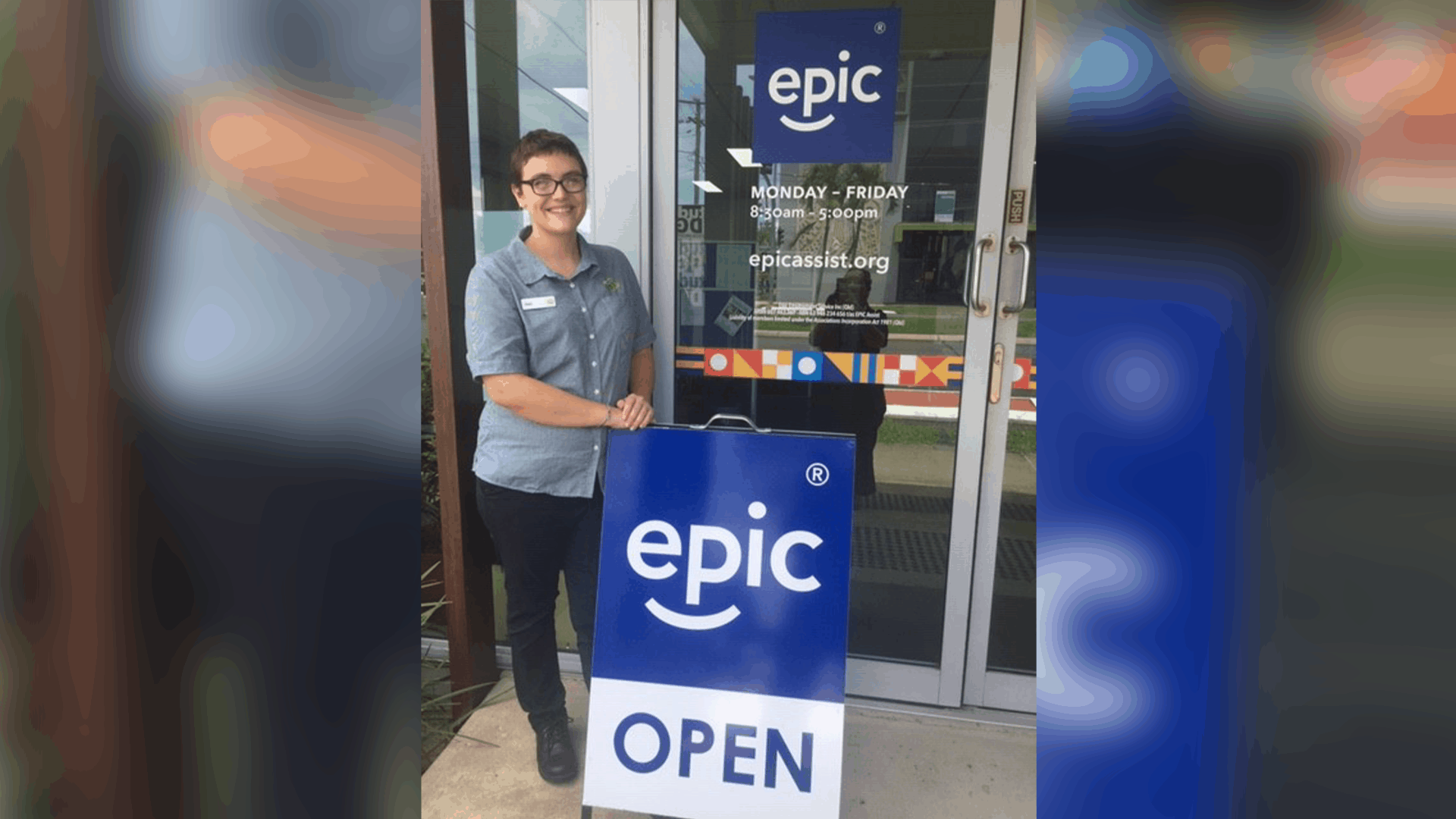 Jessica joined EPIC Assist (EPIC) to access extra support while she was looking for meaningful employment. Thanks to the dedication of her Business Development Manager Trudy, Jessica has recently accepted a position at Woolworths in Cairns as a Check-out Assistant.

Initially, Jessica couldn’t land an interview as she struggled to stand out in a sea of online applications. Trudy suggested the reverse marketing approach. This ensured that Jessica would stand out from the pack and that her winning personality would be on show.

Trudy accompanied Jessica to visit many businesses around Cairns to hand in resumes. Trudy had also organised informal meetings with managers for Jessica. This excursion resulted in two formal job interviews after which Jessica was offered both positions and accepted the role with Woolworths.

Jessica was so thrilled when she was offered the job, that she literally jumped for joy. She couldn’t wait to tell Trudy and the rest of the EPIC team about her exciting result.

“I was so excited to tell her because I wouldn’t have this job if it wasn’t for Trudy’s constant support,” said Jessica.

“Trudy went the extra mile for me, she wouldn’t take no as an answer.”

After a few shifts, Jessica is already loving the fast-paced environment as well as the social aspect of the job.

“I really thrive in this type of work. I picked it up really quickly,” said Jessica.

“My favourite part of the job is getting to meet and serve a range of different people that I wouldn’t usually get to interact with.”

For Jessica having employment means so much more than just having financial security.

“I don’t care about the monetary benefits of having a job. I just love having a purpose and a daily routine,” said Jessica.

Jessica is excited to continue working at Woolworths and is already looking towards her next goal of working her way up the ladder and gaining a position in the deli.

EPIC goes the extra mile for our job seekers, providing holistic support and guidance throughout the employment journey.

Get in touch if you, like Jessica, could benefit from connecting with the EPIC team.