You are here: Home / News / How meaningful employment has changed Alex’s life 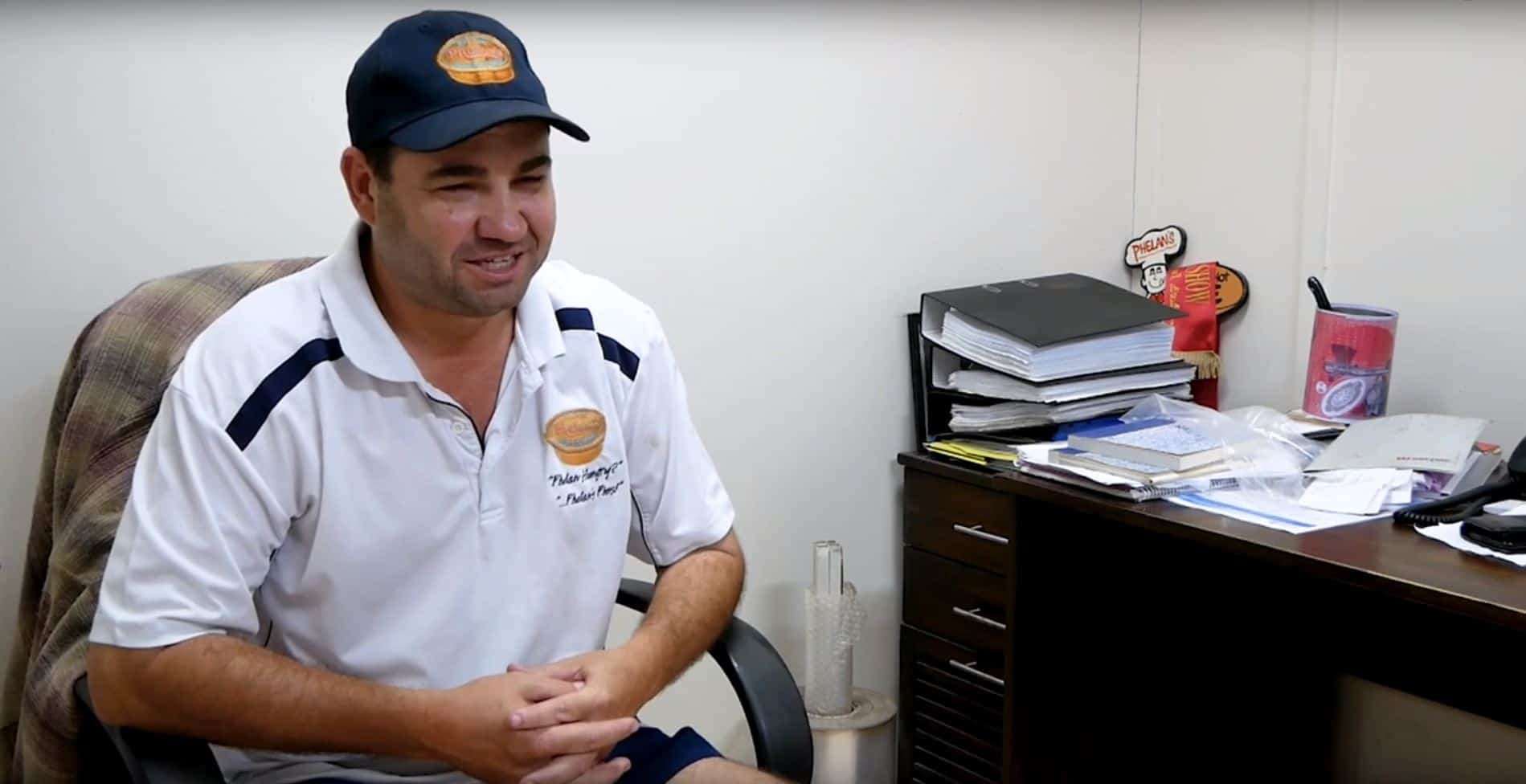 Alex’s journey to meaningful employment has been tougher than most. He spent many years fighting an uphill battle plagued with misdeeds by previous workplaces, and shocking workplace bullying.

“In the past, I experienced workplace bullying that went so far that I ended up having a regression. I was unemployed for a few years after,” says Alex.

“EPIC helped me the whole way through that. They’ve given me more than any other job provider I have ever been to. They helped me figure out how to cope with PTSD in the workplace. That’s how I came to start at Phelan’s.”

Alex is excited to be back on his feet and in the workplace. For him, Phelan’s Bakery isn’t just ‘another job.’ As someone with Epilepsy, ADHD, Autism, Bipolar Disorder, Depression, and PTSD, it’s proof of what he’s overcome.

“Phelan’s is extremely fun. It gets me doing something new each day,” says Alex.

“I’m improving a lot, because they give me opportunities to improve. They don’t just sit back and leave me to do stock standard things. Each day I’m getting a new task to do, and they have given me more responsibility in that way.”

Rodney, owner of Phelan’s Bakery, has taken on many people with disability over the years. He has spent his career fostering a culture of mateship and collaboration at Phelan’s, and is a strong believer in the importance of work ethic and attitude.

“What I look for are the ones that try and want to have a go. If they show that they’re doing their best I’ll do my best for them,” says Rodney.

Alex has slotted perfectly into Phelan’s positive environment, and Rodney says it has been incredible to watch the transformative power of meaningful work in action.

“In the time he has been here, it’s quite nice to see how much he has changed, and his parents are really grateful,” says Rodney.

Alex’s optimism and strength is tangible. For others experiencing hardship, he emphasises the importance of focusing on the positive parts of your day.

“Take each day, look at the good things instead of the bad, and set yourself a goal each day to overcome, because it will always make you feel better if you’ve overcome something,” says Alex.

If you’re not already connected with EPIC Assist, contact us today to find out how we can help you.